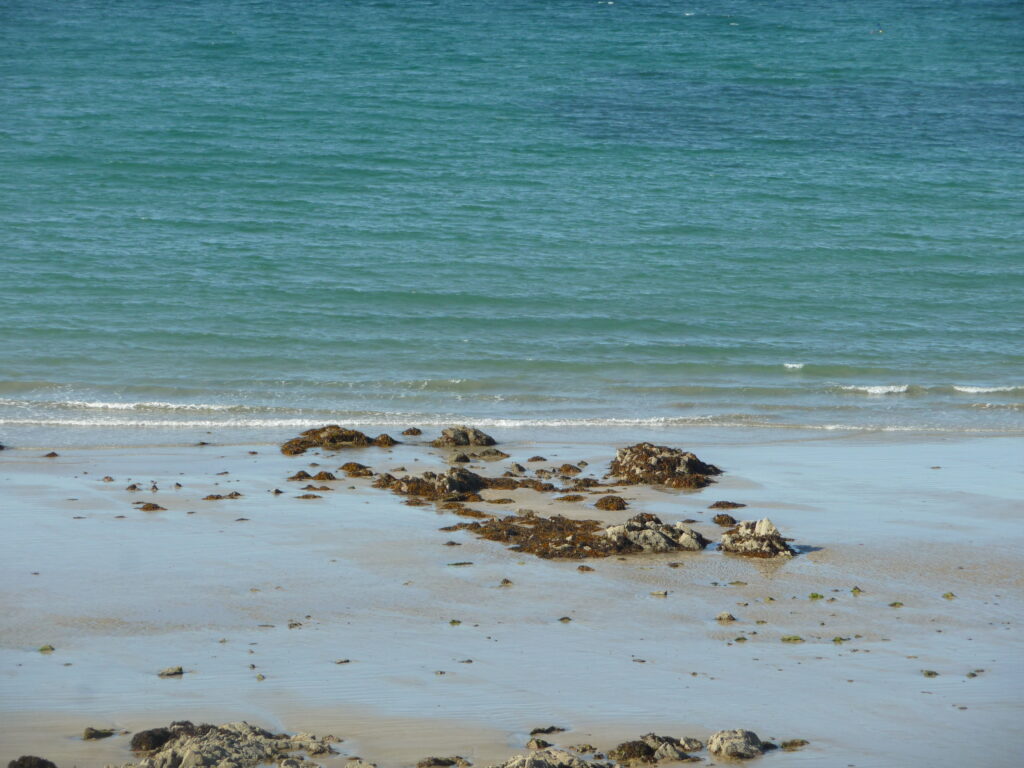 The Health and Care Bill, announced in the Queen’s Speech is intended to provide the basis for closer health and social care integration and to implement measures outlined in the White Paper ‘Working together to improve health and social care for all’ (February 2021).  The White Paper describes its overarching aim in terms of improving the health and wellbeing of ‘local people’ and to aid recovery from the COVID-19 pandemic.  It uses the word ‘local’ on 162 occasions and the word ‘carer’ once.[2]  How is it possible for a responsive Government to set out its strategic response to the impact of the virus in a policy paper that is – in essence – ‘carer blind’?

In the last 18 months the NHS and social care would have collapsed spectacularly without the extraordinary response of the UK’s 13.6 million unpaid carers (which includes 4.5 million who had no choice but to take on this role during the pandemic):[3] carers acting as brokers for the overwhelmed health and social care services. Carers demonstrating what can be done when the focus is on the individual and not on impersonal organisational imperatives.

The White Paper fails to adequately acknowledge local authority carer responsibilities under the adult and children’s social care legislation (principally the Care Act 2014 and the Children Act 1989).   It contains no reference to the requirement to undertake carers assessments or to provide information and preventative support to carers. There is no recognition of the value of whole family approaches or of the importance of identification and support for young carers. Indeed, these failings also extend to the NHS – there being no recognition of its duties to co-operate with local authorities in ensuring effective application of their health and social care responsibilities.

While the White Paper talks extensively about integration, its focus is on NHS structures and the role of local authorities and social care is – as so often with Government policy – largely ignored.  Unlike the NHS Long Term Plan, it talks about ‘patients’ rather than people, citizens, families, carers, communities: it is difficult to see how a ‘command and control’ policy of this kind can mesh with wider social policy – for example the personalisation and carer recognition programmes.

Problematically the White Paper speaks of changing the processes around hospital discharge and manages to do this without any explanation as to how these changes will be implemented in a way that avoids an adverse impact on carers.  The absence of explanation is all the more troubling, given that carers have also become steadily more invisible in the relevant discharge guidance.  10 years ago hospital discharge guidance[4] mentioned carers 65 times – whereas in the updated February 2021 guidance Hospital discharge service: policy and operating model they get four mentions.  This change has coincided with the ever greater pressure to discharge patients – in the last decade almost 20% of all NHS overnight beds in England were closed[5] and emergency readmission rates have increased by 25%.[6]

As noted above, the White Paper is curious in that it contains a number of references to ‘local people’ – and this is mirrored by its emphasis on “place”. There are however many communities of interest (such as carers and disabled people) as well as communities of ‘place’. The needs of social care users and carers and patients with long term conditions do not primarily arise from where they live; neither will these needs be understood by studying local geography. Consequently, simply referring to whole population health and ‘place’ does not actually address health inequalities experienced by carers, people with long term conditions and other marginalised groups.

Responses to the White Paper

Given the failing summarised above, it is unsurprising that the White Paper has caused dismay among those who understand the crucial role played by unpaid carers: their role in protecting the wellbeing of their loved ones by acting as brokers/ interpreters / mediators / go-betweens – between the health and care systems.

This dismay was voiced in powerful terms by the Parliamentary Health and Social Care Committee – in its pre-legislative scrutiny of the Health and Care Bill, stating (conclusions para 15 – 14 May 2021):

Unpaid carers are partners in care, and it is deeply concerning that the White Paper does not mention unpaid family carers at all. We welcome the commitment by the Secretary of State to consider what support and representation can be given to unpaid carers and recommend that the NHS should have a responsibility to have regard to carers and to promote their health and wellbeing. This should be included in the Bill. We further recommend that provisions to protect carers’ rights on discharge also be included in the Bill.

The serious deficiencies in the White paper have also been highlighted by Carers UK which is calling for:[7]

In response to these criticisms the Government has acknowledged that there are some issues to address but – it appears – it is suggesting that these can be dealt with in guidance.[8]  With respect this appears utterly unacceptable and indeed to compound the problem: the problem being that carers are not seen central to any reformed health and care system – that carers are essentially an afterthought and at best of marginal relevance to any strategy to make health and social care systems better able to advance the wellbeing of those they exist to support.  In reality carers must be central to this project and accorded recognition and support through primary legislation.  It is essential that the NHS has a clear obligation to have regard to the needs of carers: all carers (young and old).

Guidance can clarify and enhance primary legislation, but it cannot create new legal obligations – and NHS guidance does not have same status as Statutory Guidance for local authorities.

Ever since its formation in 1948 the NHS has been under a duty to cooperate with other statutory bodies (principally local authorities).  These duties have proliferated in the intervening decades with little evidence to suggest that they have had a material impact on the problem: that joint working by health and social care bodies is often poor and particularly problematic when their resources are constrained.  Duties of this kind – to cooperate can, for example, be found in:

There are many disparate references to the vital role of carers in health service and in inter-departmental documents of which those listed below are of particular relevance.  Many of these contain important insights, exhortations and valuable advice which have the potential to impact positively on any reformed health and social care system.  However in practice they lack ‘teeth’: the teeth that would come from an underpinning statutory obligation in the NHS Act 2006: a duty on health bodies – in essence – to recognise, listen to and to advance the wellbeing of all unpaid carers.  The White Paper makes no reference to these policy and practice documents:

Section 74 and Schedule 3 of the Care Act 2014 regulate the process that health and social care bodies should follow when a patient (with continuing care and support needs) is discharged from hospital. These provisions are fleshed out in the Care and Support (Discharge of Hospital Patients) Regulations 2014 and the Statutory Guidance to the Care Act 2014 Annex G.  These provisions (arising as they do from the Care Act 2014 and not the NHS Act 2006) create binding ‘carer’ obligations on social services authorities but not on the NHS.

The 2018 National NHS CHC Framework paras 323 – 330 includes guidance as to the way that Clinical Commissioning Groups should consider the needs of carers of people who are eligible for NHS CHC funding.

The Department of Health’s 1999 NSF for Mental Health[9] includes a specific standard (Standard 6) entitling carers who provide regular and substantial care for a person subject to the Care Programme Approach certain specified rights, including have an assessment of their caring, physical and mental health needs and a written care plan.

The Action Plan (among other things) states:

Every year, more and more people take on a caring role. The enormous contribution of our country’s carers not only makes an invaluable difference to the people they support, it is an integral part of our health and social care system and it deserves to be better recognised.

Carers need access to information and support to provide the best care they can. Carers need to be helped to balance their caring responsibilities with their own employment and to preserve their personal health and wellbeing.

The NHS Constitution (and its accompanying guidance) contain a significant number of references to unpaid carers, emphasising the importance of valuing carers contribution and working in partnership with them.

The Long Term Plan for the NHS

A strategic document that includes the Primary Care Quality Markers for Carers; the Crisis Contingency Planning for Carers; the identifying of Carers in a patient’s summary records; the proposals to support NHS staff who are Carers in their private lives.

The National Institute for Health and Care Excellence (NICE) guidance ‘Supporting Adult Carers’ covers the provision of support for adults aged 18 or over who provide unpaid care for one or more people aged 16 or over with health and social care needs. It requires (among other things) evidence that health and social care organisations have processes in place to identify carers and to ensure that there are local arrangements to encourage carers to self-identify and seek support.

A suitable amendment to the NHS Act 2006 is required to place a duty on the Secretary of State to ensure that key guidance is never again ‘carer blind’. Such an amendment would – at the very least – result in all policies having a ‘carer proofing’ review by the Government before their publication. This could therefore be an important step in getting the NHS to ‘think carer’ and better support carers.

The proposed change could help in workforce retention – i.e., key staff who have personal caring responsibilities; it could reduce the ‘re-admission’ rates; it could reduce the many complaints by carers who feel they are not being listened to; it could improve the outcomes of very many patients – who are (for example) non-verbal or have limited mental capacity.

If there is to be further progress made with integration, the central role of carers must be recognised along with the need to better support young carers. Without this, a potentially beneficial development will become a retrograde step. Something that harms the interests of millions of carers cannot possibly be beneficial for the people they care for. This ‘carer blind’ approach must be replaced by a new legal duty for the NHS to have regard to carers of all ages and to promote their health and wellbeing. This should be complemented by effective guidance to ensure the needs of carers and young carers are central to developments.

We would like to place on record our appreciation and thanks to Emily Holzhausen of Carers UK for her help and leadership of the campaign to secure these new rights for carers and young carers. Thanks also due to Janice Clark; a carer from Surrey, for her input to the preparation of this paper and her tireless commitment over many years in campaigning for carers rights.

[1] John Bangs OBE is an Independent Carers Policy Advisor and Luke Clements is the Cerebra Professor of Law & Social Justice at the School of Law, Leeds University.

[2] ‘We have seen the brilliance of our doctors, nurses, carers and other healthcare professionals in providing world-class care to those in need’.

[7] Carers UK Briefing on the NHS White Paper setting out legislative proposals for a Health and Care Bill 24 March 2021.